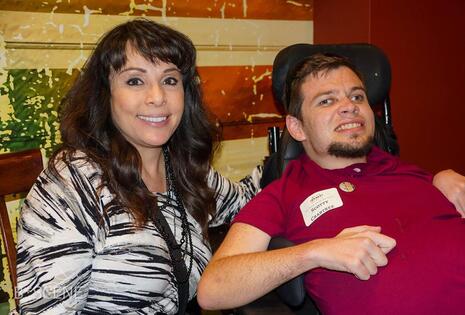 Scotty And Kim McAbee, The Only “Buckarette”
Scotty Crabtree is a country music singer in Bakersfield, California. He developed cerebral palsy as an infant, and has worked hard, with the encouragement of loved ones, to succeed at all he sets out to do—including graduating from Centennial High School, and becoming a professional singer, and publishing his autobiography.

Inspired from his early childhood by Country Music legends such as Buck Owens, Merle Haggard, and Alan Jackson, Scotty came to love the sound of this musical style. Buck Owens, himself, was a personal inspiration. Scotty considered him a friend before he passed. Kim McAbee, the only “Buckarette” from Buck Owen's band, as been an avid supporter of his enthusiasm for Country Music, as well as his expanding career. 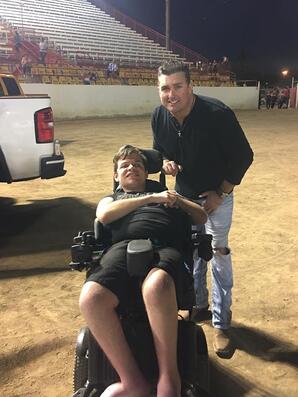 Scotty And Rick Russell From The Smokin' Armadillos
First and foremost, Scotty thanks his late grandmother for getting it all started for him. “If it hadn't been for her,” says Scotty, “I wouldn't have grown up with music being such a great passion for me.”

In the past Scotty has sung regularly at Bakersfield's Crystal Palace. He also has introduced local bands there before they perform on stage. Additionally, he makes it a habit to sing at the Kern County Fair each year.
​
He has also sung at charity events such as those held for Children’s Miracle Network and Relay for Life. “I enjoy singing for organizations who are advocates for great causes,” Scotty says. He also participated as a “Jail Bird” in the Muscular Dystrophy Association's charity event, the MDA Lockup, in Bakersfield.​ 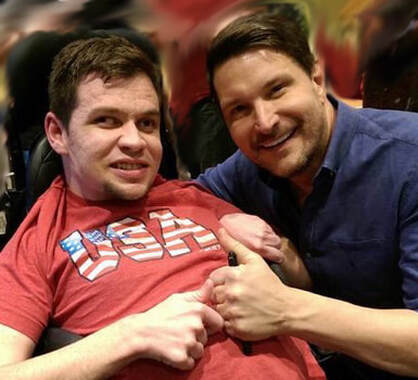 Scotty And Ty Herndon
​Scotty was inducted into the Bakersfield Country Music family in 2013. “It was an exciting and emotional day for me. I wasn't expecting that kind of recognition. When I received the invitation to become a member, I really didn't know what to think or say.”

A bit later in 2015, he helped to organize a Bakersfield music band called Rodeo. “It really has been an honor to be up there with a band performing on a regular basis,” he says. “It is very tiring at times, but now that I get to be a part of it, I love my life!”
​
His autobiography, Riding the Pink Cadillac was published on December 1st, 2015.

What Others Are Saying 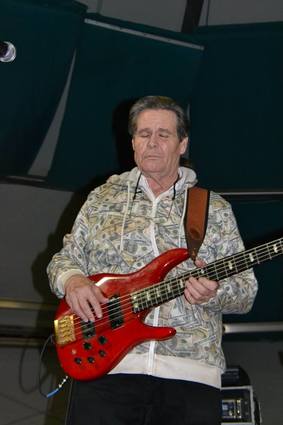 Scotty is very good at what he does he sings and performs well. He has performed at my Bakersfield Country Music Awards Show and does a very pro job.